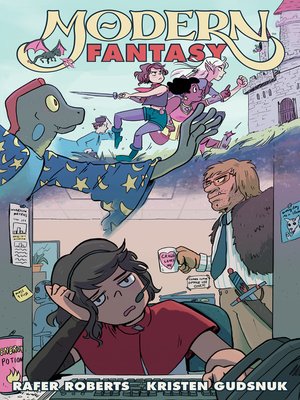 A young Ranger woman who came to the city with dreams of adventure, her drug dealing reptilian wizard roommate, and her boisterous Dwarf maiden BFF embark on a modern day quest to save the world while struggling to keep their crappy day jobs and pay off their student loans. They are joined in this quest by a thief (a half-Goblin sleazeball and the wizard's boyfriend), an elf (the hot actor-wannabe currently working as a waiter), a cleric (the cute guy from down the hall and the dwarf's occasional hook-up), and a barbarian (the religious fanatic who works in the cubicle next to the ranger).