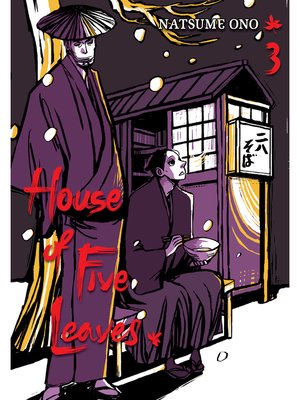 Just as Masa is settling into his new life as part of the Five Leaves, the gang's spy, Matsukichi, vanishes. After discovering that the reticent Matsu's disappearance is linked to an unresolved difficulty in his past, Masa decides to try to help him. To do so, he enlists the aid of the samurai Yagi. However, Yaichi, the head of the Five Leaves, is not at all pleased with Yagi's involvement. It soon becomes clear that the two men share a common past—and that something dire has shattered the bond between them.