Long Night in the Valley 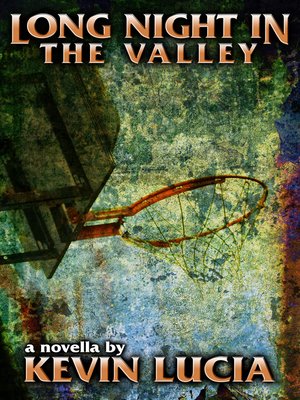 Twenty-eight years ago, former high school basketball star Micah Cassidy made a terrible mistake, and it cost him not only his career, but his spirit as well. Now he is a broken man, plagued by guilt and regret, trying his best to live quietly with his loving wife, Amy, trying daily to forget the ghosts of his past. However, for all these years, he's slowly been dying inside. Tonight, he finally reaches his breaking point when he learns that Blackfoot Valley Basketball Camp - where he once dreamed of everything, then lost it all - has finally been scheduled for demolition, after years of sitting in ruins.

Of course, it's also Halloween. All Hallow's Eve. A time when strangeness lingers in the air, the Veil between worlds thin, and in a strange town like Clifton Heights, that takes on special significance. Propelled by a desperation he doesn't understand, Micah finds himself driven to visit the ruins of Blackfoot Valley Basketball Camp. There, he will confront the ghosts of his past, and either defeat them once and for all...or be consumed by something ancient and hungry.