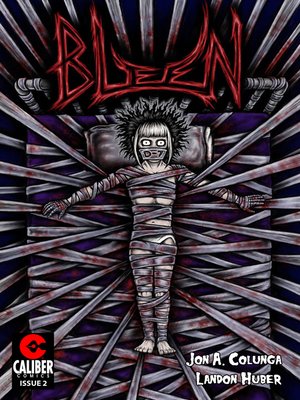 In Mayber Hills Sanitarium secrets haunt the hallways and words must not be spoken. After being committed to the institute, 15 year old Obleena Grunkel aka "Bleen" finds herself trapped within this hellish place while twisted staff members watch her every move, ultimately forcing her to try and escape. But she must play their perverted games first before earning her freedom. Will she end up another victim of these secret games? Or will her own dark secret come to life in the form of a hideous creature from underneath her bed to claim its own victims? For there will be hell to pay for those who make a deal with the devil within. THIS ISSUE: After awakening the evil creature known as the "Long Phantom" Bleen finds herself once again trying to escape Mayber Hills Sanitarium and time is running out! But for whom? Bleen warns them all that the monster she has unleashed is lurking the hallways at night looking for blood, begging her to release him from within her room. But when her bunny "Mister Wiggles" comes up missing will she still be able to hold off the terrors of her mind any longer? "I wasn't disappointed. The writing is solid and complimented well by the noir artwork." – Lee Brandrick, Retro Reviews