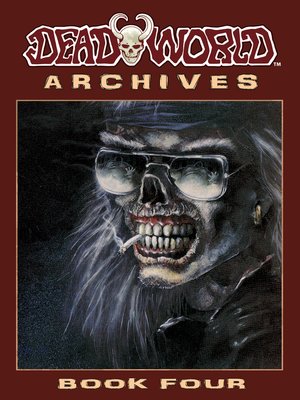 With over 100 issues released and 1,000,000 copies sold Deadworld arrived on the zombie apocalypse scene well before The Walking Dead and presents a different take on the global nightmare. Collecting the original Volume One series of Deadworld, issues #15-18 plus the Deadtales features that introduced the Amy character. Book Four in the Nine volume Archive series brings all the original Deadworld stories back into print for the first time ever since they were originally released. In this book, Dan and Joey find themselves in a small town that seemingly is isolated from the zombie menace. They adapt to a life of normalcy and the global horror seems to ignore this haven. But of course, that won't last for long. "I can't rave enough about this series." - Kenneth Gallant, Broken Frontier. "This is one heck of a disturbing book and I'd definitely recommend it to new and old fans alike." - Paul Milligan, They Live to Serve.