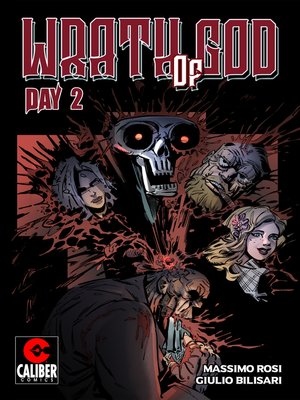 Second chances are something that are rarely given to humans, even more rarely when Death is the entity giving it to them. Yet, on an ordinary rainy day Death gives Eric Block, a desperate father who has buried his daughter Aurora just few days before, a unique opportunity: seven days of immortality in which to avenge her. The catch? When the seven days are over, he must join his daughter in the afterlife. Now the father shall unleash the wrath upon those responsible in the time he has left. THIS ISSUE: "Day 2" - Pacific Edge is the oil company responsible for the murder of Eric's daughter, a tragedy that occurred during a protest against the company's pollution of the environment. The CEO herself gave the order to her private security force to open fire on the protesters. Now, little by little, Eric begins to put the puzzle pieces together. And they reveal a picture that points to the very top of the corporation. But Pacific Edge is taking some precautions of its own. And with Eric's intentions clear, they have hired a merciless soldier of fortune to take him down.