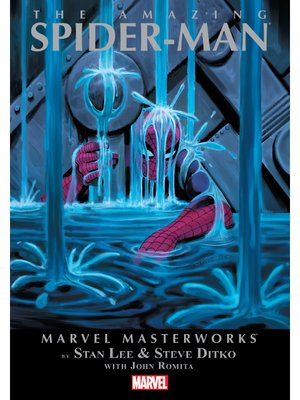 Collects Amazing Spider-Man #31-40. As Spider-Man struggles to stop the crime spree of the Master Planner (secretly Dr. Octopus) and his men, he ends up buried under a collapsed water tower! See Spidey use his strength as never before to get free! Peter Parker tries balancing his new life at college and his Aunt May's ailing health! Ned Leeds wants to marry Betty Brant, but she's still got feelings for her old flame, Peter, who's too preoccupied to even notice his beautiful new classmate Gwen Stacy! Spidey tangles with old foes like Kraven the Hunter and the Molten Man, and new ones like the Looter, a Guy Named Joe, and Mendel Stromm! And when the Green Goblin attacks, he learns Spider-Man is Peter Parker, then reveals himself as Norman Osborn, father of Peter's classmate, Harry!

Marvel Masterworks: The Amazing Spider-Man (2003), Volume 4
Copy and paste the code into your website.
New here? Learn how to read digital books for free