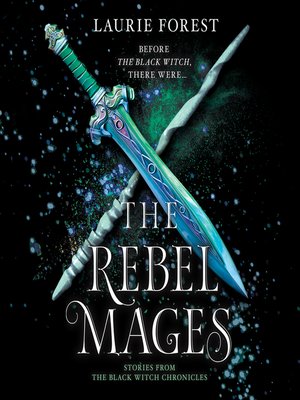 View more libraries...
Journey to the magical world of Erthia in these two exciting prequels to The Black Witch by critically acclaimed author Laurie Forest
Wandfasted
Twenty years before Elloren Gardner enrolled at the illustrious Verpax University, Erthia was rent asunder during the devastating Realm War. When Tessla Harrow is driven from her home by the fighting, she discovers a depth of power she never knew she had...and an irresistible draw toward Vale Gardner, the son of the most powerful mage her people have ever known—the Black Witch.
Light Mage
Before Elloren Gardner came to possess the White Wand of myth, the Wand was drawn to another bearer: Sagellyn Gaffney. Sage's affinity for light magery, a rare skill among Gardnerians, makes her the perfect protector for the one tool that can combat the shadows spreading across Erthia. But in order to keep the Wand safe from the dark forces hunting for it, Sage must abandon everything she once knew and forge a new path for herself...a dangerous course that could lead to either triumph or utter ruin.