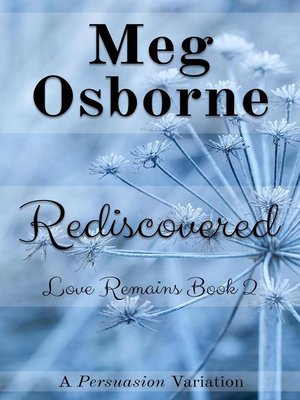 Surprisingly reacquainted after many years apart, Captain Frederick Wentworth and Anne Elliot have managed to salvage something resembling friendship out of their previous closeness, and Anne tries to content herself with that. She knows that Frederick does not return her feelings, and focuses instead on cultivating friendships and enjoying her lot in life. She is pleased to be of service in drawing Frederick's friend, James Benwick, out of the melancholy that has consumed him, little realising her offer of friendship might be taken as something more by the serious Benwick.
Frederick is certain his feelings for Anne Elliot are confined to the past, where they belong, but when she falls ill during their party's trip to Lyme, he is forced to realise the truth: he has loved her, and he loves her still. Once her recovery is ascertained, he realises he must do his best to resolve the anticipated connection between him and Louisa Musgrove, but his progress is halted when he notices Anne growing closer to James Benwick. Is he about to lose Anne a second time?
Rediscovered is book two in the three part Love Remains novella series, a variation on Jane Austen's Persuasion.