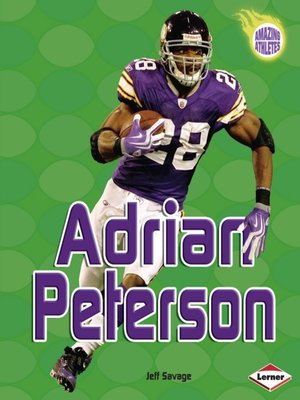 Running back Adrian Peterson of the Minnesota Vikings didn't waste any time proving that he belonged in the National Football League (NFL). During his first season in 2007, Adrian set the all-time NFL record for most rushing yards in a game with 296. He went on to be named NFL Offensive Rookie of the Year, and he hasn't slowed down since. In 2010 Adrian led the Vikings to the National Football Conference championship game. Follow this amazing runner from his humble beginnings to the top of the football world.