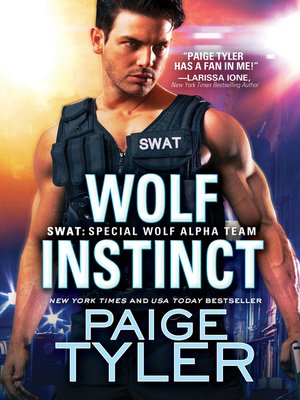 A dark alpha romance set in a world of paranormal special operatives. He's a wolf shifter. She hunts monsters. But the heat between them is undeniable.

SWAT werewolf Zane Kendrick is on a hunt to take down the man who attacked his pack. He has a duty to the other shifters, and he's not going to be swayed by the smart, sexy agent who comes to his aid. But there's no denying his wolf instincts telling him to do everything he can to protect her—his one true mate.

FBI agent Alyssa Carson is supposed to be working on a case, not getting distracted by the dark promises in Zane's eyes. But this gorgeous alpha is hard to ignore, particularly when he's whispering to her in his British accent. If she doesn't get her head in the game and start finding answers, both she and Zane could be at risk. As the stakes ratchet up, it'll take everything they have to make it out of this mission with their lives—and hearts—intact.

Get ready for some serious smoldering: This shifter romance includes a protective alpha (with a British accent!) who falls for a woman who's supposed to be his enemy, high action and high heat, and a sinister subplot that will leave readers gasping.