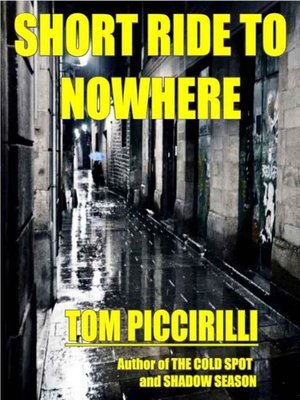 Jenks and Hale aren't friends, partners, or even next door neighbors anymore. Not since they each lost their jobs and had their homes foreclosed. Not since they lost their wives and kids and whatever stability they'd fought for in the world. Adrift on the streets of New York, Jenks' dark path seems to parallel Hale's step by step.

After Hale is found nearly dead beside the corpse of a nine-year-old girl, and soon after commits suicide in a mental hospital, Jenks decides to find out just what the hell happened. What happened to Hale and the girl, what happened to the wayward American Dream, and what happened to his youth and forfeited hopes.

Because whatever happens to Hale happens to Jenks just a few months later.