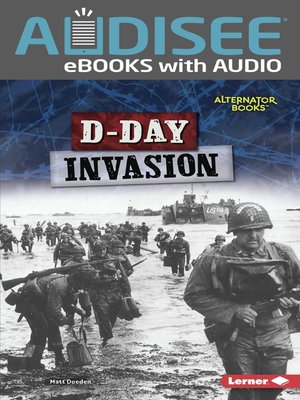 On June 6, 1944, Allied bombers flew overhead as a huge naval fleet landed on the beaches of Normandy, France. Under a hail of gunfire, thousands of Allied troops fought their way onto the beaches and into the German-occupied territory. This courageous invasion became known as D-day. One of the largest military operations in history, D-day ended in Allied victory, but that victory came at a staggering price. Learn more about the brave men and women who risked and even sacrificed their lives to fight back against the Germans and help turn the tide of World War II.