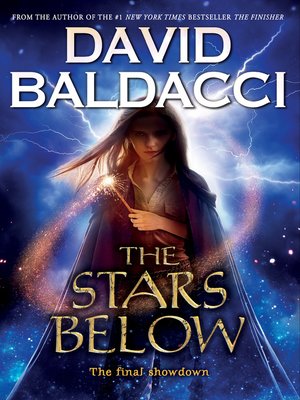 From the beginning, the fight was coming. Vega Jane fought her way out of the village where she was born, crossed a wilderness filled with vicious creatures, and raised a ragtag army behind her. But each triumph earned through grit and pain only brought her closer to him.Necro. A sorcerer whose unspeakable evil is matched only by his magical power.Vega and Necro are on a collision course. The clash between his awesome power and her iron will is going to shake the stars down. Their fight will seal their fates . . . and determine the future of their world. The battle rages in The Stars Below, the furious conclusion to legendary storyteller David Baldacci's #1 global bestselling Vega Jane series.