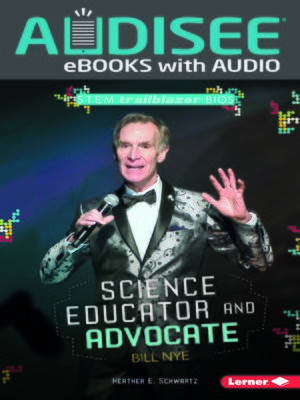 Do you think science is fun and exciting? Bill Nye does. In fact, he wanted to become an astronaut, but NASA rejected his applications. Instead, Nye has spent his career helping other people understand science and showing them how cool science can be.

Nye went to college to become a mechanical engineer, and he got a job working for an aircraft company. But soon, he began focusing more and more on a career in comedy. Eventually, he got his own popular TV show, called Bill Nye the Science Guy. Through songs, skits, and jokes, Nye taught a generation of young people that science is fascinating and important. Learn more about Nye's career as a comedian, TV personality, and passionate science educator.