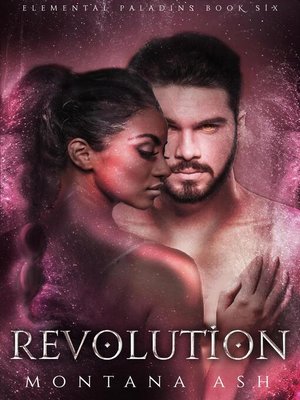 With the battle against the chades over, and the evil at the centre of their world eliminated, balance has finally been restored to nature. Too bad the same can't be said for their society.

Beyden is trying to support his fellow paladins as they work to restore order after the upheaval caused by the Revolution. But with his leg injured beyond repair and pain his constant companion, Beyden is struggling with his new reality. Max, the one person in the world who could possibly help him, is drowning in her own problems. So Beyden turns to someone he never thought he would need; a human.

Jasminka is used to being the odd one out. The only child of wealthy, stoic parents who demanded nothing short of perfection, she never really fit in anywhere. But being the only human in a magical society of elemental beings and modern-day knights is perhaps taking things a little too far. So why does she feel so at home? Could it be the crazy self-made family, filled with love, laughter, and strays? Or perhaps it's the gentle giant with the pain-filled, amber eyes? Either way, as a doctor, Jasminka is determined to heal all their hurts ... and just maybe, be healed in return.