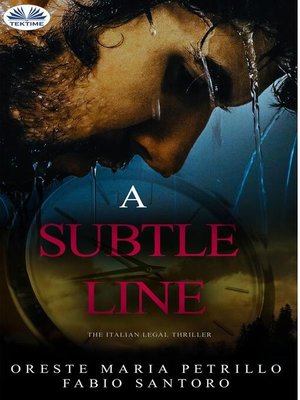 View more libraries...
A Legal Thriller about two lawyers working on opposite sides of the Channel, whose destinies are fatally intertwined.
A pharmaceutical patent worth billions, a brutally murdered man and a trial that appears impossible to win. These are the facts at the centre of two young lawyers' lives. The lives of men from two contrasting worlds whose paths criss-cross in a game of shadows and reflections. Where money and revenge mark the boundaries where enemies become allies; where there is no certainty, only doubt and suspicion. A subtle line which separates ordinary lives, from those destroyed by fear; it will be up to the two adversaries on either side of the legal fence to rise above an international plot which could endanger their careers and, perhaps, their very lives... A gripping legal thriller from the very first page.
PUBLISHER: TEKTIME