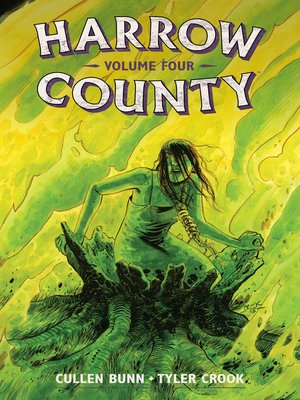 View more libraries...
The climatic conclusion of the highly acclaimed, Eisner nominated horror fantasy in a digital format.
As an old enemy returns from the grave to join forces with Emmy's evil family to wage war, the battle leads to an epic final confrontation that will alter the fate of the entirety of Harrow County!
Collects volumes seven and eight of Harrow County with a new cover, sketchbook material, essays, and "Tales from Harrow County" bonus stories by guest creators, and more!
Collects Harrow County #25-#32.