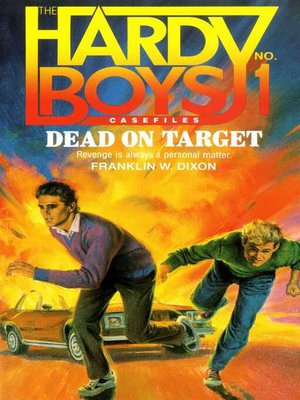 View more libraries...
The Hardy brothers avenge a lost friend and fight against time to save the president in this first installment of the Hardy Boys' Casefiles series.
When Joe's girlfriend is killed in the blast of a terrorist bomb, Frank and Joe Hardy pursue a ruthless terrorist leader, the infamous Al-Rousasa, who has targeted a presidential candidate for assassination.