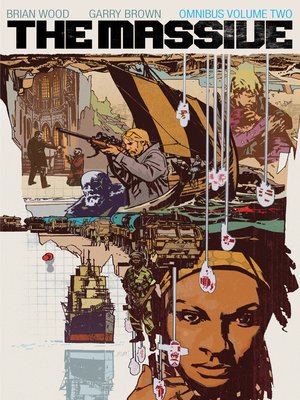 View more libraries...
The Crash was only the beginning.
What remains of civilization is being obliterated by a series of cataclysmic events. The truth about the identity of Captain Callum's companion Mary, which began as a faint signal, grows louder—and she's seemingly connected to it all. The secret of the Crash and the mystery of the missing ship The Massive continues as the crew take on Norwegian whalers, and Callum's nemesis, Arkady.
This second volume omnibus edition collects issues #16-#30 of acclaimed writer Brian Wood's sprawling, post-apocalyptic epic.
Collects issues #16-#30 of The Massive.