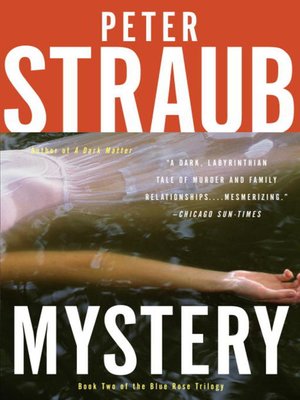 MYSTERY. Tom Pasmore, ten years old, survives a near fatal accident. During his long recovery, he becomes obsessed with an unsolved murder and finds he has clues to solving it that he shouldn't. Lamont von Heilitz has spent his life solving mysteries, until he wanted to know nothing more of the terror of life and the horror of death. When a new murder disrupts their world of wealth, power, and pleasure, the two must form an unlikely partnership to confront demons from the past and the dark secrets that still haunt the present.