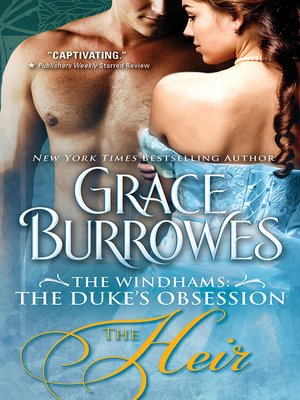 Gayle Windham, Earl of Westhaven, is the dutiful heir to the Duke of Moreland. Tired of his father's unrelenting pressure to marry, he escapes to his London townhouse for the summer, where he finds himself intrigued by the secretive ways of his beautiful housekeeper. Anna Seaton is a talented, educated woman...so what is she doing here?

As the two begin to lose their hearts, Anna's secrets threaten to bring the earl's orderly life crashing down—and he doesn't know how he's going to protect her from the fallout...

The Windhams: The Duke's Obsession
The Heir (Book 1)
The Soldier (Book 2)
The Virtuoso (Book 3)