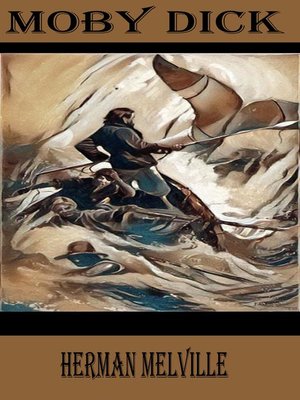 Moby Dick or The Whale is a story of Captain Ahab's incessant pursuit of revenge against a whale that had taken his leg but also about a man's ability to let an obsession consume him, which can become an unhealthy fanatic.

Based on the events depicted in the "Narrative of the Most Extraordinary and Distressing Shipwreck of the Whale-Ship Essex" and the legend of "Mocha Dick," it is the story of the wandering sailor Ishmael and his voyage aboard the whaling ship the Pequod. Commanded by the obsessed Captain Ahab, a man who is hell-bent on revenge against a white whale of incredible ferocity, the Pequod and its crew are tasked with this singular goal, whatever the emotional or human cost. It is a novel rich with symbolism and complex themes.

But this mythical adventure has never been portrayed in such a powerful way and with such striking illustrations, presenting a new perspective on this cornerstone of American literature. It marks a wonderful entry point for new readers to discover Melville's universe—and a beautiful edition for the countless dedicated readers of this unique novel.