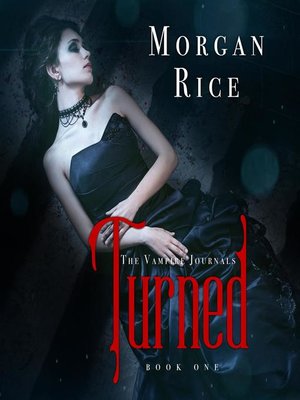 TURNED is book #1 in the #1 Bestselling series THE VAMPIRE JOURNALS, which includes eleven books (and counting).

In TURNED (Book #1 of the Vampire Journals), 18 year old Caitlin Paine finds herself uprooted from her nice suburb and forced to attend a dangerous New York City high school when her Mom moves again. The one ray of light in her new surroundings is Jonah, a new classmate who takes an instant liking to her.

But before their romance can blossom, Caitlin suddenly finds herself changing. She is overcome by a superhuman strength, a sensitivity to light, a desire to feed–by feelings she does not understand. She seeks answers to what's happening to her, and her cravings lead her to the wrong place at the wrong time. Her eyes are opened to a hidden world, right beneath her feet, thriving underground in New York City. She finds herself caught between two dangerous covens, right in the middle of a vampire war.

It is at this moment that Caitlin meets Caleb, a mysterious and powerful vampire who rescues her from the dark forces. He needs her to help lead him to the legendary lost artifact. And she needs him for answers, and for protection. Together, they will need to answer one crucial question: who was her real father?

But Caitlin finds herself caught between two men as something else arises between them: a forbidden love. A love between the races that will risk both of their lives, and will force them to decide whether to risk it all for each other...