audiobook (Unabridged) ∣ Insightful Dates for Finding the Love of Your Life 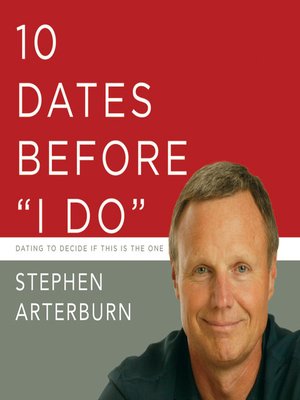 It was out my own experience with divorce, as well as a unique situation between my daughter and her boyfriend, that the concept of being MatchWise came to be. Madeline's boyfriend is a wonderful guy, so there was no problem there. But, because one of the killer issues with couples married for over 5 years is 'regret,' I asked them both to take a break, rather than break up. I wanted them to date at least 10 other people, before they considered reconnecting, so they could be sure that investing more time in their relationship was wise. It's common that after a few years of marriage, one or both partners come to regret they did not date more, which often breaks their connection, causing them to fantasize about what could have been. A 'if only...' state of mind after marriage often leads to divorce. The plan with Madeline was that after the 10 different dates with others, if they both still wanted to be together, I wanted them to go on 10 dating assignments with each other. These assignments would help them get to know each other in some very unique ways. These consist of doing things the other person loves and that you hate, such as attending a sporting event, competition between the two, a service project with street people, or borrowing some children to see how that area of life might play out. And finally, if both wanted to continue, then they would need 10 dates with a pre-marital counselor dealing with issues like finances, commitment and other important factors in marriage. They agreed, reluctantly, but they agreed. Over dinner a few weeks ago my daughter casually told me of a new plan she had devised for her life. Here was her plan: school, travel, job, car, and then no sooner than 26, perhaps think about marriage. The ten dates process helped her think through her long-term plans, which clarified short term decisions -- like getting married at 20. If couples would go through this process, partnering decisions will be more wisely considered, marriages will be stronger, and consequent commitments will more likely be kept. Now, that will push down the rate of divorce. This concept can impact marriages as no other book has. It is practical, and it provides a plan to work, rather than a concept to understand.

Religion & Spirituality Nonfiction
10 Dates Before 'I Do'