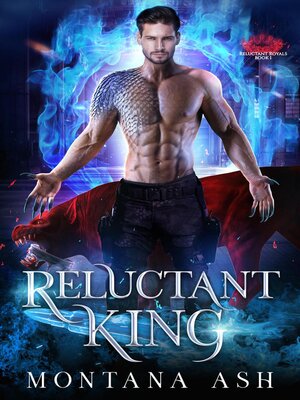 Abraxis never wanted to be King of Purgatory. As General of the Demon Horde and the middle triplet, he was content with his life of soldiering. But all that changed when someone started to wipe out the royal line of Cerberus. Now, filled with vengeance, Brax makes a choice that could prove to be the best or worst decision of his life. He hires the sinfully sexy Sabre to avenge his family and lay all the dead things at his feet.

Stolen as a child and trained in the most brutal assassin den in Purgatory, Sabre is the first angel in history to kill in cold blood. She is feared, despised, and respected in equal measure. And she likes it that way. So, when the hunky new king orders her to get a little stabby and forge a bloody path across the realm, she readily accepts. But as she uncovers a conspiracy going back decades, she also learns that emotions aren't like limbs - they can't be so easily severed.

When Brax's demonic nature and Sabre's angelic side collide, they discover that Purgatory can be both Heaven and Hell.