Survivors of the Holocaust 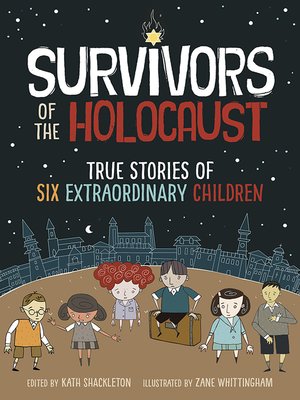 This extraordinary graphic novel tells the true stories of six Jewish children and young people who survived the Holocaust.

Between 1933 and 1945, Adolf Hitler and the Nazi party were responsible for the persecution of millions of Jews across Europe. From suffering the horrors of Auschwitz, to hiding from Nazi soldiers in war-torn Paris, to sheltering from the Blitz in England, each true story is a powerful testament to the survivors' courage. These remarkable testimonials serve as a reminder never to allow such a tragedy to happen again.

Also in this graphic novel:

School and Library Association Information Books Awards, 2017 in the UK.