Jia and the Nian Monster 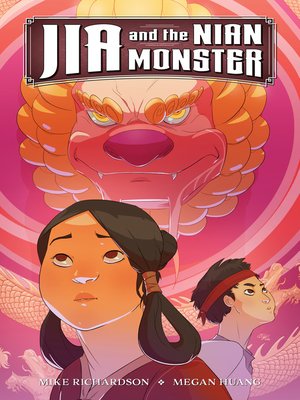 View more libraries...
Each new year is marked by a monster's attack on their mountain village. This year, young Jia and her friend Deshi have decided to fight back.
For Deshi, it is the grand adventure he has always dreamed of. For Jia, it is revenge for the loss of her mother—who was taken by the monster five years before.
But it will take more than mere pluck and courage to best the beast of the mountain, which is where the mysterious stranger who has befriended Jia and Deshi comes in . . .
Based on an ancient Chinese legend, Jia and the Nian Monster blends fantasy, fable, and the invention of gunpowder into a tale of courage and friendship. Written by Mike Richardson (47 Ronin, Father's Day, and The Atomic Legion), and illustrated by the amazing new artist Megan Huang, this could be a new children's classic!