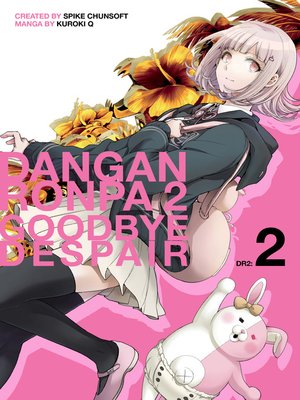 View more libraries...
Beautiful white sand? Check! Refreshing ocean waves? Check! Bloody body in the beach house? Check...?!
Hajime and his classmates strive to overcome the despair of having now lost two classmates as they explore the buildings of the newly opened 2nd Island. Hajime learns a little about each of his classmates and the tropical paradise that is their prison. Now everyone is determined to prevent another murder from happening—everyone except Fuyuhiko Kuzuryu, that is...
Danganronpa 2: Goodbye Despair is an alternate version of the events told in the manga Danganronpa 2: Ultimate Luck and Hope and Despair. That series told the story through the eyes of "Ultimate Lucky Student" Nagito Komaeda; now Goodbye Despair gives you the perspective of his arch-rival in the desperate classroom murder game, Hajime Hinata!