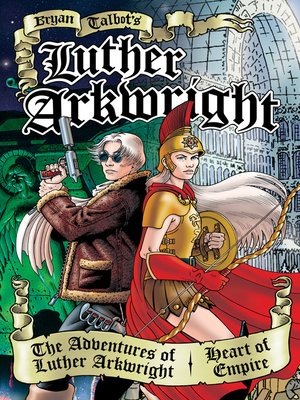 View more libraries...
In a sprawling adult epic of boundless imagination, The Adventures of Luther Arkwright and Heart of Empire now come together in a single paperback edition.
In a swirling multiverse of endless possibilities and incalculable dangers, malign forces manipulate history through countless timelines and act to wreak destruction across universes. But the fate of these infinite existences depends on one man, an anomaly who exists in but a single universe, a being of vast psychic power capable of traveling between realities—Luther Arkwright!
From Bryan Talbot, award-winning graphic-novel pioneer, comes the science-fiction classics that stunned the comics world and set the bar for audacity, ingenuity, and imagination in graphic storytelling.