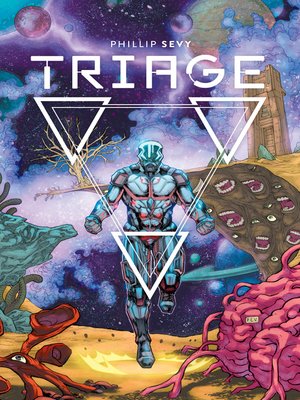 View more libraries...
A dedicated nurse named Evie Pierce awakens to an unfamiliar world alongside two doppelgangers—one, a young and snarky superhero; the other, a hardened rebel military commander of a post-apocalyptic world.
When a mysterious figure begins to hunt them down, the three women must work together to survive and discover why they were assembled.
This volume collects issues #1-#5 of the glorious, multiverse sci-fi epic, Triage, written and illustrated by revered comics veteran Phillip Sevy (The Freeze, The House, Tomb Raider).