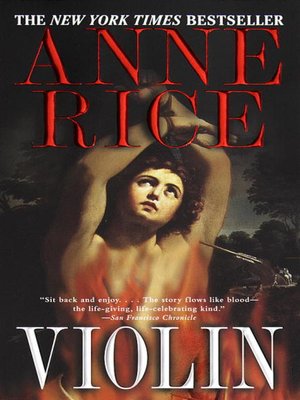 Anne Rice's Violin tells the story of two charismatic figures bound to each other by a passionate commitment to music as a means of rapture, seduction, and liberation.

At the novel's center: a uniquely fascinating woman, Triana, and the demonic fiddler Stefan, a tormented ghost who begins to prey upon her, using his magic violin to draw her into a state of madness. But Triana sets out to resist Stefan, and the struggle thrusts them both into a terrifying supernatural realm.

Violin flows abundant with the history, the drama, and the romantic intensity that have become synonymous with Anne Rice at her incomparable best.

Anne Rice is the author of eighteen books. She lives in New Orleans.