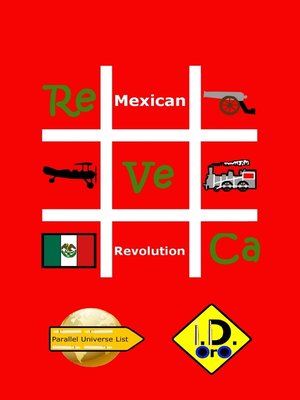 Illuminata a seventeen year old teen girl lives with her father Eliseo and mother Estrella along with her five siblings in an hacienda in Durango, México. The Mexican Revolution of 1910 is still going on while war rages all around them. Eliseo is in charge of protecting the hacienda of Don Zanahoria an important hacendado in the state. Illuminata is also tasked with protecting the interest of Don Zanahoria from the rebels who seek to destroy the hacienda. General Cain is in love with Illuminata and plans to ask Eliseo for the hand in marriage of his most beautiful daughter. Illuminata is still mourning the death of her beloved Rogelio when she receives terrible news of another funeral.

A military coup occurs in which President Francisco Ignacio Madero González is assassinated. General José Victoriano Huerta Márquez assumes the post of president of México. Now another figure declares a war against him forming the Revolution of Venustiano Carranza (ReVeCa) with United States help to fight this new enemy that threatens democracy. All that Illuminata has known in the hacienda is that the rebels are bad and the government forces are good. She lives in a bubble and has not seen the world outside of Don Zanahoria's hacienda.

A mysterious stranger who seeks adventure helps Illuminata out of a tough situation. Now Illuminata is accused of a murder that she did not commit. Don Zanahoria orders her execution after he finds her guilty of killing his only son General Cain. Illuminata is able to outwit her designated killer and escapes in search of the mysterious man that got her in trouble. Along the way she will find some interesting characters and realize that there are two sides to each coin. True absolutes do not exist in the world of right and wrong.