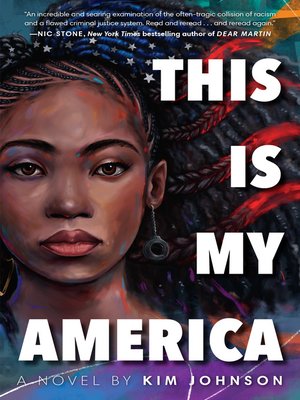 This Is My America

Young Adult FictionYoung Adult Literature
"Incredible and searing." —Nic Stone, #1 New York Times bestselling author of Dear Martin
The Hate U Give meets Just Mercy in this unflinching yet uplifting first novel that explores the racist injustices in the American justice system.
Every week, seventeen-year-old Tracy Beaumont writes letters to Innocence X, asking the organization to help her father, an innocent Black man on death row. After seven years, Tracy is running out of time—her dad has only 267 days left. Then the unthinkable happens. The police arrive in the night, and Tracy's older brother, Jamal, goes from being a bright, promising track star to a "thug" on the run, accused of killing a white girl. Determined to save her brother, Tracy investigates what really happened between Jamal and Angela down at the Pike. But will Tracy and her family survive the uncovering of the skeletons of their Texas town's racist history that still haunt the present?
Fans of Nic Stone, Tiffany D. Jackson, and Jason Reynolds won't want to miss this provocative and gripping debut.
Young Adult FictionYoung Adult Literature

KIM JOHNSON held leadership positions in social justice organizations as a teen. She's now a college administrator who maintains civic engagement throughout the community while also mentoring Black student activists and leaders. This Is My America...

More about Kim Johnson
This Is My America
Copy and paste the code into your website.
New here? Learn how to read digital books for free