Government of the Rich 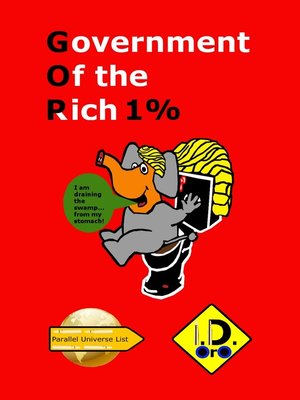 Dionysia a smart seventeen year old teen girl lives in Las Vegas, Nevada. Her father Simon is an unemployed truck driver. Her sister Paulina is a college graduate who cannot find a job in nursing. Her mother Celia is the only one that has a job working at the Amazon Fulfillment Center in Las Vegas, Nevada.

Dionysia meets a mysterious man named Xolotl who is running away from the government and has a wild story to tell. At first, she does not really believe him since he is quoting from the Bible and panhandling in the streets of Las Vegas, Nevada with his golden retriever dog. Then events start to occur which makes her believe that Xolotl is telling the truth.

Dionysia has a crush on one of her coworkers Alphaeus who is the head cashier at the restaurant. She may never see him again since Alphaeus is leaving town to be closer to his family after he loses his job at a Burger King restaurant. Now Dionysia has to deal with the fact that robots have taken her job too. An opportunity to get revenge arrives while she takes it in order to feel better about her situation.

Automation, unemployment, inequality, hunger, and homelessness have taken over since President Automated came to power with his campaign promise to, 'Make America Automated Again.' Robots, computers, and machines do all the jobs in America while the government eliminates the government's social safety net programs. Alternative facts rule as lies run rampant to hide the truth. The Tax Cuts for the Rich 1% and Automate all Jobs Act, in place since January 2017 by presidential executive order benefits the rich one percent and businesses while it takes away money from the middle class and working class Americans.