Under the Summer Sun 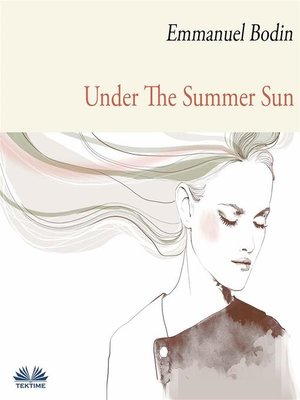 View more libraries...
Frank meets Svetlana in the corridors of the Paris metro station. Neither is aware that their relationship is at the starting point of a difficult love affair. Through desires and doubts, suffering will be inevitable. From being passionately in love, to one rejecting the other, this story narrates the emotional journey between a young woman who has barely lived and a man ten years her senior. While one seeks love and stability, the other is more hesitant and gets lost along the way. Fear, doubt and suspicion develop one after the other, to the point of stifling the bond that once held them together. Deception, temptation and jealousy will be the final blow. Through risky unknowns and struggles, the quest for happiness is a joyful madness that plays an important part of life. Under the Summer Sun is Emmanuel Bodin's second book. The story revisits the characters of his previous novel, All To Play For, and acts temporally as a prequel: the first romantic encounter of our two protagonists.
PUBLISHER: TEKTIME