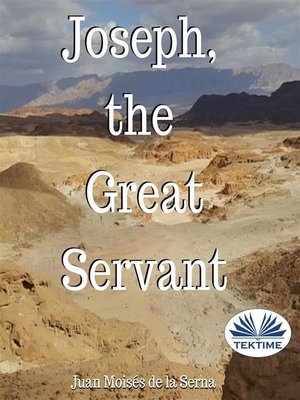 View more libraries...
Chapter 1 A Lonely Childhood This is the story of a prince called Joseph, a direct descendant of King David of Israel. According to the tradition of Israel, the Messiah would one day come from this line. It was said that the Messiah, or Great King, as he was known, would attain such power that it would make Israel the mightiest nation on earth, even mightier than under the reigns of King Solomon and King David, the greatest kings that Israel had ever had. The story I am about to tell you starts with Joseph as a young boy. He was a normal four-year old living in a palace on the outskirts of a small town. After all, the prince of a royal house normally lives in a palace. His father owned a lot of land and property, as well as having many servants and other people at his beck and call.
PUBLISHER: TEKTIME