audiobook (Unabridged) ∣ The Adventures of a Young Roman Courier 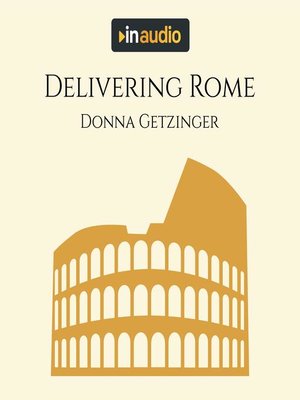 In Ancient Rome, on the morning of his ninth birthday, young Martial Portius races against time to find his older brother Hershal. Unless Martial can deliver an important message to him, the forgetful Hershal will likely lose his job as a Roman courier. As Martial anxiously searches the crowded streets, he learns a good deal about the people, places, and customs of his native city.

Moreover Martial, the son of a poor artisan, comes to understand the value of education as an important first step in his and Hershal's dreams of a better life.

Donn Getzingeris the author of the award-winning children's books The Picture Wagon and Saving Christmas Spirit.