Horrid Henry and the Scary Sitter 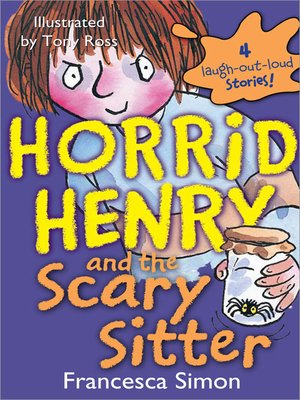 Horrid Henry encounters the worst babysitter in the world; traumatizes his parents on a long car trip; goes trick-or-treating at Halloween (with disastrous results); and emerges victorious from a raid on Moody Margaret's Secret Club.

"My son is 7 years old and a big Horrid Henry fan. This book lived up to his expectations! Horrid Henry is like most boys: he always has a plan and is always getting into mischief! It was amusing, and he could...