Match Me If You Can 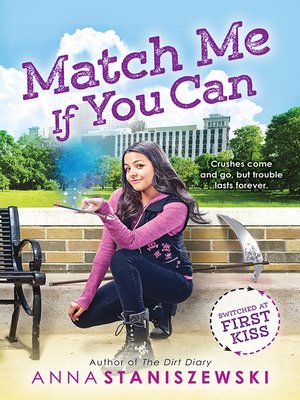 Lena is more than ready to spend a quiet winter break with her mom out in Arizona, even if that means saying a temporary good-bye to her boyfriend, Marcus.

What she doesn't count on? A major power outage—of the supernatural kind. Out of nowhere, Lena's soul-collecting powers disappear, as do Marcus's matchmaking powers, only to reappear elsewhere!

Now school-loudmouth Connie Reynolds is making people fall in love left and right, and Marcus's sister is having visions... If Lena and Marcus can't figure out how to set things right, it might just be the end of the world as they know it.

Praise for The Dirt Diary series: