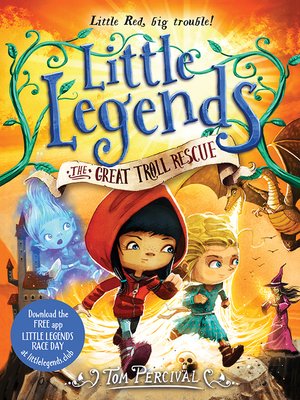 Meet Jack and his talking chicken Betsy, Red, Rapunzel, Hansel and Gretel, and a host of other Little Legends as they have fantastic new adventures! Get to know your favorite fairytale characters like never before in this magical new book series.

What starts as an adventure ends in disaster when Jack and all his friends are captured by a wicked witch with a devious plan.

It's up to Red, the woodcutter's daughter, to save the day. Along the way Red befriends the wicked witch's servants, Ella and her Fairy Godbrother Cole. Can they rescue Red's friends and all the other magical creatures the witch has kidnapped  including a fearsome troll?