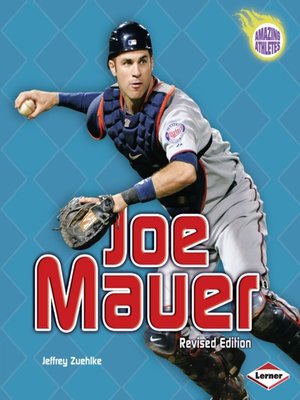 Growing up in St. Paul, Minnesota, catcher Joe Mauer dreamed of playing baseball for the hometown Minnesota Twins. In 2000 his dream came true, and the Twins are glad to have him. In 2006, Joe became the first catcher ever to win the batting title in the American League, and he repeated this success in 2008 and 2009. A fan favorite, Joe was also named the Most Valuable Player in the American League in 2009. Learn more about one of baseball's brightest stars.