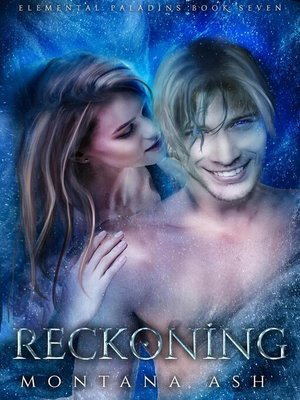 A reckoning is coming – but not the one Axel was counting on.

Society is still in shambles and although Axel was prepared to help stitch it back together, he was not prepared to do it alongside the woman who tore his heart out fifteen years ago. Celeste had been his entire world, that is, until she told him it had all been a lie; she'd never loved him. Although he wants answers, he wants to retain his hard-won peace more, and Axel firmly refuses to work with Celeste. Too bad a certain Goddess doesn't agree, and before long, Axel realises he doesn't know the true meaning of the word reckoning.

Celeste had once loved the handsome, irreverent fire paladin with all her heart. But leaving Axel had been necessary; a matter of life and death. After being faced with the true, dark nature of their society, Celeste had no time for tears and she was forced to put on her big girl panties and take care of business. Yes, she has lied and kept secrets, but she is now also capable and strong – things she will prove during the Warden Trials. If only Axel will allow her to show him too ...

Will Axel and Celeste get their second chance at happiness? Or will old betrayals and new secrets divide them forever?