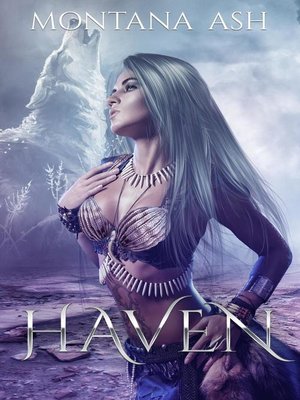 Fated mates. Wolf shifters. Dystopia. Alphas.
The Human-Shifter wars – HUSH – almost three centuries ago, decimated the land, the oceans – and the human population. In Avium, Wolf shifters now rule with teeth and claws, leaving humans as little more than slaves. As mercenaries who don't give a shit about traditional hierarchies, Wulfric and his pack move from place to place, taking on jobs to give their lives some meaning. But Wulf is luckier than most. He has Quill. A fellow wolf shifter and Wulfric's long-time lover, Quill may not be Wulf's true mate but that doesn't change the way the pair feel about each other. They have spent years fighting side by side, securing their pack – and their love. Their world is turned upside down when a chance encounter reveals the impossible. Can the two men really be destined to share the same soulmate? And a human soulmate at that?
Naturally suspicious, Haven doesn't believe the two gorgeous shifters when they claim to be her mates. She is more than just your average human, with secrets that could change the future of the world, as well as an ability that could get her killed. But as a common enemy threatens the safety of all they hold dear, Haven realises that denying Wulf and Quill could be just as dangerous as denying herself – a hard lesson she learned long ago. Haven will have to set old insecurities aside and trust in her alpha wolves if they are going to get the happy ending they all yearn for – and create a future free of their tortured pasts.
Please note: Haven was previously published in the Apocalypse anthology. There is no new content. It is a shorter novel, just under 50k words, and is MMF – with MM as well as MF scenes.