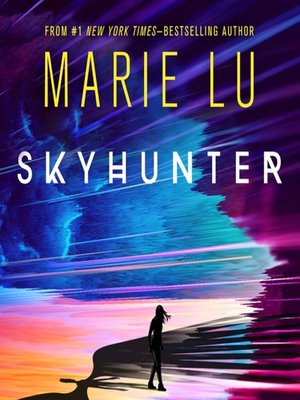 "Natalie Naudus turns in a blockbuster performance of this riveting saga...Her performance demonstrates how a strong, consistent narrative voice can amplify the intricacies within a text. Fans of Marie Lu will not be disappointed." — AudioFile Magazine
This program includes a bonus conversation between the author and narrator.
A broken world.
An overwhelming evil.
A team of warriors ready to strike back.
#1 New York Times-bestselling author Marie Lu is back with an adrenaline-laced novel about the lengths one warrior will go to fight for freedom and those she loves.
Talin is a Striker, a member of an elite fighting force that stands as the last defense for the only free nation in the world: Mara.
A refugee, Talin knows firsthand the horrors of the Federation, a world-dominating war machine responsible for destroying nation after nation with its terrifying army of mutant beasts known only as Ghosts.
But when a mysterious prisoner is brought from the front to Mara's capital, Talin senses there's more to him than meets the eye. Is he a spy from the Federation? What secrets is he hiding?
Only one thing is clear: Talin is ready to fight to the death alongside her fellow Strikers for the only homeland she has left . . . with or without the boy who might just be the weapon to save—or destroy—them all.
Loyalty is life.
A Macmillan Audio production from Roaring Brook Press