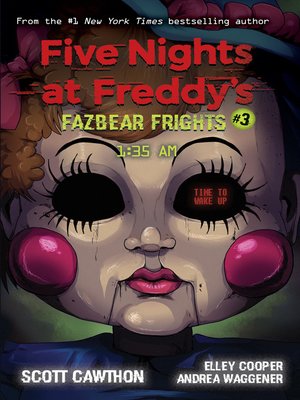 The Fazbear Frights series continues with three more unsettling, novella-length tales to keep even the bravest Five Nights at Freddy's player up at night . . .

For Delilah, Stanley, and Devon, being left behind is practically a way of life. Orphaned from a young age and recently divorced, Delilah escapes deeper into her dreams each night, in desperate need of a wake-up call. Stanley is newly dumped, stuck in a dead-end job for a mysterious employer, and unable to connect with anyone. And Devon, abandoned by his dad and ignored by his mom, can't understand why love and friendship come so easily to everyone except him. Unfortunately, in the callous world of Five Nights at Freddy's, it's always in the depths of loneliness when evil creeps in.In this third volume, Five Nights at Freddy's creator Scott Cawthon spins three sinister novella-length stories from different corners of his series' canon, featuring cover art from fan-favorite artist LadyFiszi. Readers beware: This collection of terrifying tales is enough to unsettle even the most hardened Five Nights at Freddy's fans.