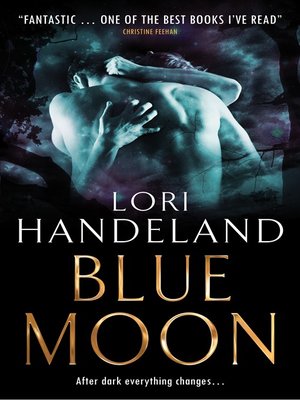 Miniwa, Wisconsin, is under siege, but not by the usual summer tourists. The area's normally shy wolf population has begun stalking human prey, and their victims have been disappearing . . . or worse. Something is happening in the woods. Something no on can explain . . . Officer Jessie McQuade has seen plenty in her years on the force – but nothing as intriguing as the gorgeous, naked man she encounters while tracking a rogue wolf. Professor Will Cadotte is a Native American activist. He's also the only man capable of distracting Jessie from her work. And for a cop, distraction – no matter how pleasurable can be deadly. It's against Jessie's better judgement to accept Will's help in her investigation, yet she soon finds herself doing exactly that – and more. Will's dark, penetrating eyes see into a part of Jessie's soul she never knew existed. It's exhilarating, and terrifying. Now, as a town's deepest secrets come to light no one is safe: not friends, lovers, or strangers. And as Jessie follows a trail to the shocking truth, she'll have to decide who she can trust when the moon is full . . . 'Fresh, fun and fabulous! An exciting new voice in paranormal suspense' Sherrilyn Kenyon