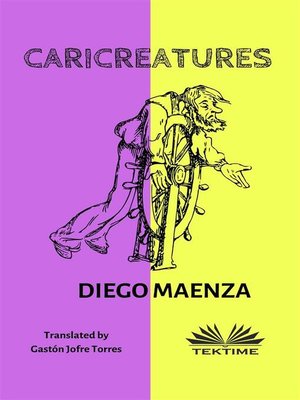 View more libraries...
Over the course of a year, I undertook the task of working with twenty cartoons that stimulated my imagination. I pretended to reverse the traditional process of illustrating texts. I "texted" the illustrations daily. Like "action painting", I could have called it "literature in action", but it would have been to distort the nature of the project, which was a work in progress, a dynamic entity, an evolving process, a writing on the go, a progressive writing. I never had a predetermined plan and the categorization was later, but the invocations of the four classic elements influenced underground in the structure of the work.The initial objective was to take the characters in a comical way, but they had a lot to tell me. It was the characters who whispered the words to me. They always had a life of their own and I couldn't dominate them anymore. All the poems, stories and monologues, in a way concatenated, retain a global vision although at first glance they appear as disconnected flashes in an exhibition of fireworks. This book aims to be a celebration of humor and irony, but at the same time it aspires to become a rare invitation to reflection and strangeness.
PUBLISHER: TEKTIME