ebook ∣ Or, A Woman's Power 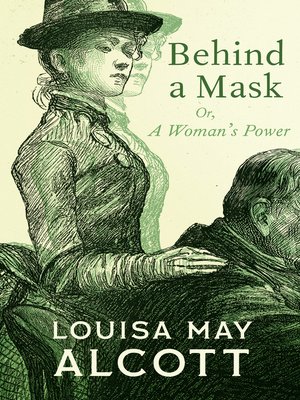 View more libraries...
An early novel of gothic thrills and chills from the beloved author of Little Women.

One of four stories written under the penname A. M. Barnard, Behind a Mask was originally published in 1866 for a young adult audience. Set in Victorian-era Britain, it follows the machinations of Jean Muir, a governess hired by the Coventry family to care for their sixteen-year-old daughter. Winning the confidence of the clan proves easy for Jean, though she does raise some suspicion. And rightly so. Behind closed doors—and beneath her brilliant disguise—Jean reveals her true identity: a cunning and ambitious actress whose goal is nothing less than securing the Coventry family's estate and fortune for herself.

"The stories proceed from title to thrilling conclusion at a swift pace. Real page‐turners, they would be called today, their spareness the more admirable because the author, who was paid by the column, nevertheless restrained herself from long descriptions of sunrises and sunsets. Indeed, she is completely uninterested in weather of any sort, unless it is necessary to bring on a dramatic chill or a bit of enervating heat. She cares for character, the more vivid the better. If many of her character‐establishing phrases were clichés of their time they were deftly handled, and, in any event, they seem a welcome change from the clichés of our time." —The New York Times on Louisa May Alcott's A. M. Barnard Tales