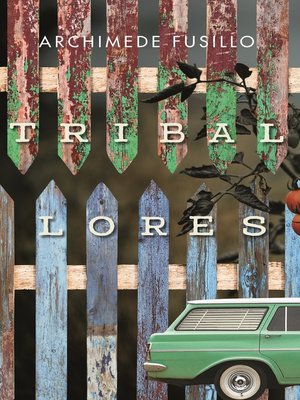 **eBook Edition**
Only the good die young is just a cliché, until it impacts directly on you.

When the "new" neighbours, Frankie Rescio's newest mate Lochie Marsh's parents, invite his family over for an Australia Day BBQ, Frankie knows the idea is fraught with danger. It's not just that the two families have their own take on the world and how it functions. They have each created a suitable veneer of respectability to mask the fractures and dysfunctions that might otherwise tear their lives apart. Each family holds fast to its own tribal lores of what is and isn't 'normal' in a world that needs to be held at arm's length for the sake of survival-the individual and the family's both. Frankie Rescio is in Year 10. His sister is dead. His younger brother is about to start Year 7 at Frankie's school, and next door, Lochie is about to have his already less-than-perfect world invaded by an estranged family member, his now pregnant half-sister Emma and her layabout boyfriend. Just when it seems each family's life had found a safe passage between 'them' and 'us', Frankie and Lochie inadvertently construct a rickety bridge that may prove too perilous to cross, even as everyone is forced to.